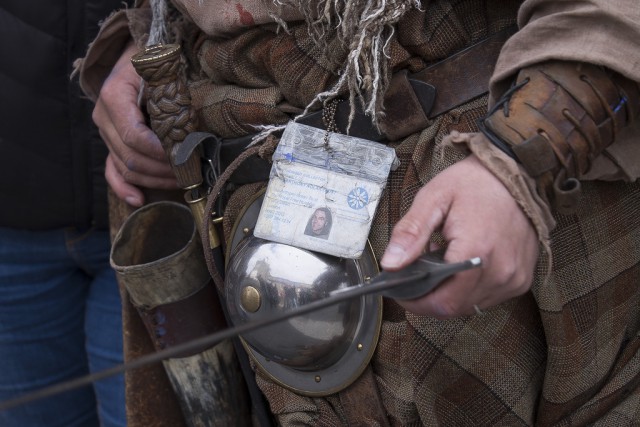 Adam, from Prestonpans, East Lothian, insists all his weapons are blank-firing replicas.
He has worked on stunts for several films including Pirates of the Caribbean and King Arthur and appeared as Wallace in a recent TV ad with Gary Lineker.
But the actor, who also dresses as both a redcoat and Jacobite for re-enactments of the 1745 Battle of Prestonpans, has been told he cannot work in schools bringing history to life.
His replica weapons –  flintlock pistols and short muskets which cost around £400 each – were all seized by police a year ago, and last week he heard he was being charged with firearms offences.
He said: “They’re being heavy handed with the guns – I’ve been doing this act for 19 years.
“It’s put a damper on my act big time.”
When police approached him on the Royal Mile a year ago he initially thought his roaring Wallace impersonations were causing too much noise.
He said: “The voice I use is just as noisy as the gunshot, I scare people more with my act.
“When the police came up to me I smirked because I thought it must be because I was being too noisy.
“I said I didn’t want to waste police time and they phoned in a group of people who were gun specialists.”
Tools
After informing officers he had more replica weapons at home, his entire collection was confiscated.
Adam said: “I just feel like it is a real injustice. It is like taking paint from a painter. These are the tools of my trade.
“They are part of the theatre of what I do and what I have been doing all these years.
“They are all part of an act that I have put my heart into to teach school children and build up my performance.”
Mr Watters says he has documentation proving the weapons can only fire blanks, and he has been continuing with his act using claymores and other weapons.
The dad-of-one continued: “I don’t need a licence for them because they were never real guns, they are for use by actors and entertainers.
“They fire blanks and cannot be converted to fire projectiles.
“I have been told that even if the charges against me are thrown out, I will need to get a licence if I wasn’t to get my guns back – but I would rather go to court to prove that they are replicas and I don’t need a licence.
“If they make me get a licence it opens up a whole can of worms for thousands of people like me across the world who use these blank-firers.”
Tourists
Mr Watters plays a key role in re-enacting the Battle of Prestonpans, a key conflict in Bonnie Prince Charlie’s Jacobite rising.
He continued: “I am not at war with the police. The police come and stand beside me with their horses on the Royal Mile and get pictures taken for the tourists.
“It’s just that this has got out of hand.”
A spokesman for Lothian and Borders Police said: “A 44-year-old man has been charged in connection with firearms offences and a report has been sent to the procurator fiscal.”
Supporters of Adam, who hopes to have the weapons returned to him, have set up a Facebook petition called for his guns to be returned.
Adam has already had to wait more than a year since the incident in February 2012 or police to take action. He could wait many more months before the Crown Office decide what to do.
He said: “It’s affected me as it’s constantly mentioned by my wife and my best friends.
“And if I go to court and they find me guilty, a whole world of people who do re-enactments with flintlocks which make bangs but can’t fire are going to be guilty as well.
“Its opened a can of worms somewhere it doesn’t need to be opened.
He insisted the guns were not dangerous. “My weapon was about as harmless as a fart,” he said.
“I just want my stuff back so I can go back to my school teaching as at the moment I can’t teach because of this charge.
“You get a bang, smoke and a spark, that’s all. I’m no threat to anyone.”
A Crown Office spokesman said: “The Procurator Fiscal at Edinburgh has received a report concerning a 44-year-old man in connection with an alleged incident on 14 February 2012.
“The report remains under the consideration of the Procurator Fiscal.” 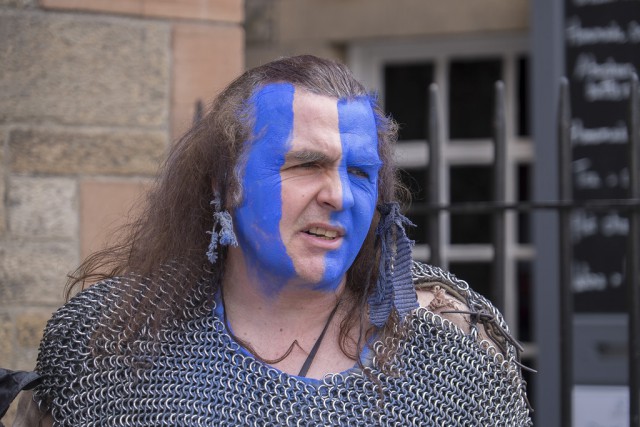 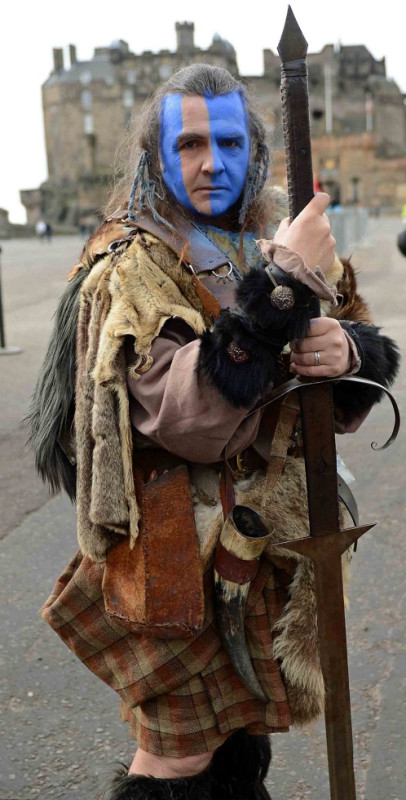