В последний день уходящего лета они прислали новые релиз:
California Agency Praises Modularity and Performance of Striker-Fired Pistol
Newington, N.H. (May 27, 2017) – SIG SAUER, Inc., the industry’s Complete Systems Provider™, is proud to announce the selection of the striker-fired P320 pistol as the sidearm of choice for the Santa Barbara County Sheriff’s Office.
The agency, located along the Central Coast of California, was founded in 1850 and stands as one of the oldest law enforcement agencies in the state. Today, the agency is comprised of more than 700 regular employees and more than 200 volunteers.
“After extensive testing, we selected the P320 in both 9mm and .40 and were impressed by its accuracy, reliability and modularity,” said Commander Sol Linver. “We were literally one week away from selecting a competitor’s pistol when SIG Law Enforcement Representative Tony Levatino visited us. We couldn't be happier with our selection of the P320, and look forward to a long and rewarding relationship with SIG SAUER.”
Since its introduction in January 2014, the revolutionary P320 has gained tremendous momentum in the firearm world. Earlier this year, the U.S. Army selected a variant of the P320 as its next service pistol. With unprecedented modularity and a clean, crisp trigger pull, the P320 sets a new standard for striker-fired performance. The serialized trigger group is interchangeable, allowing the shooter to transform the size and caliber of the pistol. Full size, Carry, Compact and Subcompact frames are available. Grip frames are further divided into small, medium and large to accommodate any hand size.
“We are proud to add such a well-recognized agency as the Santa Barbara County Sheriff’s office to the fast-growing list of law enforcement agencies adopting the SIG P320,” said Tom Jankiewicz, Executive Vice President, Law Enforcement Sales. “SIG SAUER has a long history of providing only the best firearms for law enforcement use, and we are humbled that officers trust their lives to them.”
Р320. 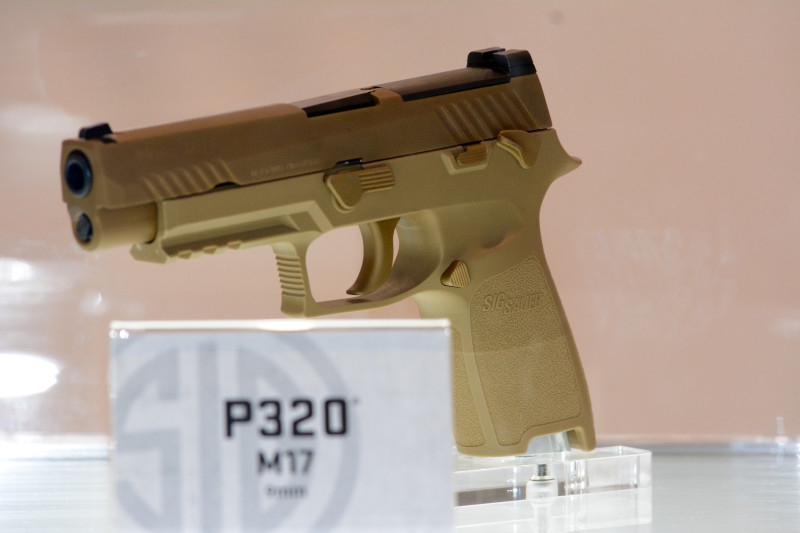