Первая тройка:
China – Sky Sword Unit of the PAP
Lebanon – Black Panthers - Team (2)
China – Falcon Commando Unit of the PAP
Between 30th April and 4th May, the 102nd Reconnaissance Battalion of the Czech Republic Army took part in the 9th international Annual Warrior Competition 2017. The event took place at the King Abdullah II Special Operations Training Center (KASOTC) in Amman, the capital of Jordan. For this prestigious event, the Czech team was equipped with new weapons from CZ. 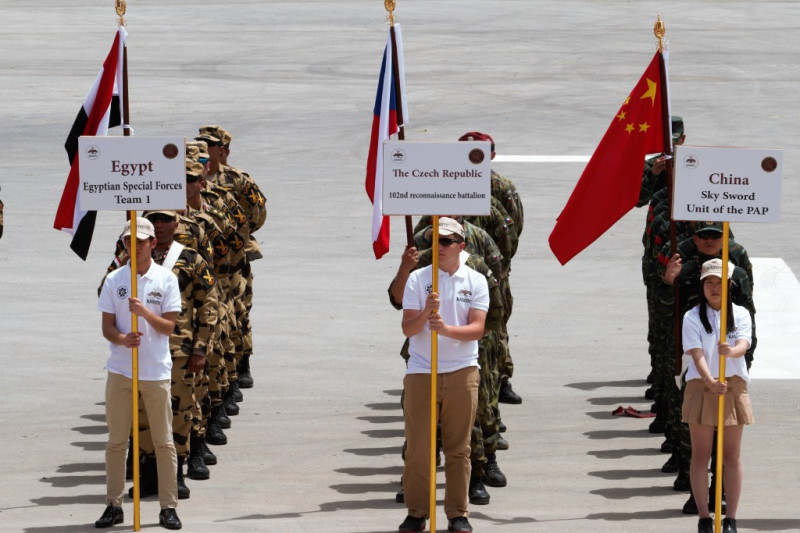 Prior to the competition, over the course of more than three months of demanding schedule, members of the Czech team trained at many different army and police shooting ranges and training facilities.  During this time, a team of specialists from CZ closely cooperated with the soldiers, who were able to use the company’s latest models, the CZ BREN 2 assault rifle and the hammerless CZ P-10 C pistol. These were also the models the ACR team used in the Jordanian competition.
A total of 31 reconnaissance, police and special unit teams from 17 countries and 4 continents took part in the Warrior 2017 competition. Such variety of participants meant that they could compare and exchange their experiences, which was especially helpful for those who cannot meet very often. The individual tasks were discussed with regard to the choice of solutions, as all participants had the opportunity to compare various procedures, different permitted material and equipment, as well as other tactics and their planning approach. 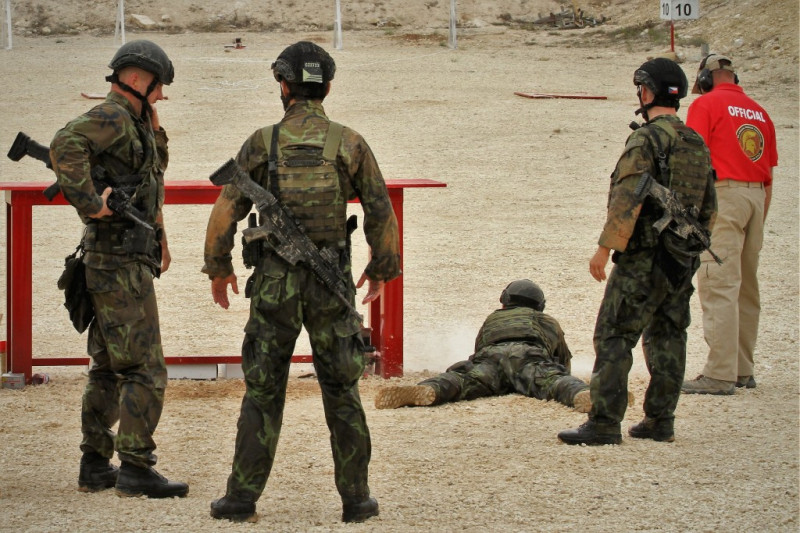 Each day there were two main assignments to accomplish and several additional disciplines. The competitors had to complete all tasks while wearing a ballistic helmet and a ballistic vest weighing more than 10 kg. The Czech team was equipped with a new version of a carrier system by 4M Systems, CZ’s sister company. After overcoming many obstacles and exerting themselves in the given assignments, great emphasis was placed on the competitors’ flawless performance in shooting at both long and short distances, and on the way unpredictable complications were encountered. In addition, running formed an integral part of each discipline, as well as transport of the wounded at the end of each task. 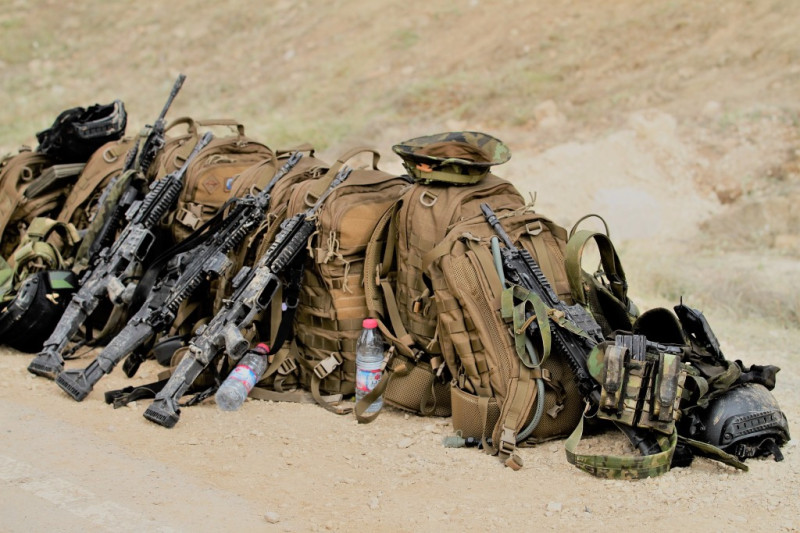 The Czech Republic team was well prepared for the shooting part, confirmed by the first and third place of individuals in the shooting discipline. For these, the members of the ACR team used the CZ P-10 C pistol, they also did very well in the assignment concerning the speed of fulfilling the tasks in a built-up area. The biggest challenge our soldiers faced was the transporting of the wounded in different situations overcoming various obstacles while using several types of stretchers. For this purpose, a dummy weighing 70 to 120 kg was used. Since in previous years this discipline had not been included in the competition, the ACR team did not focus sufficiently on this type of task during their training. 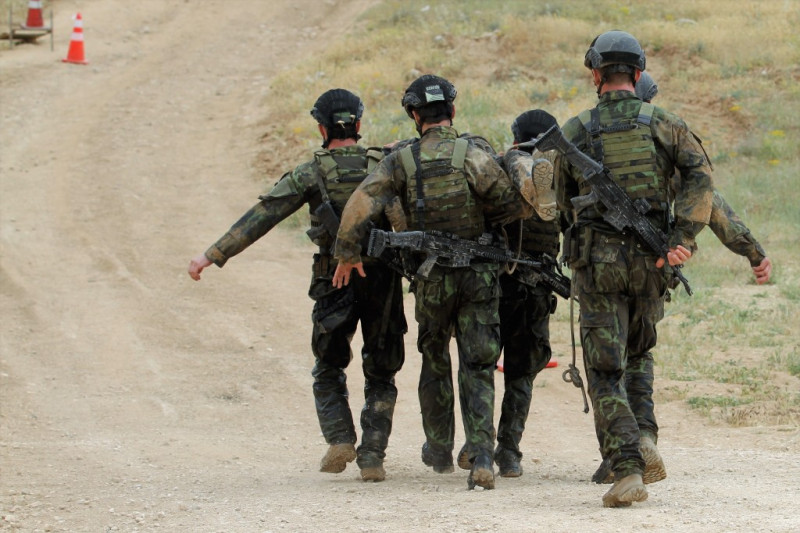 In the overall score, the 102nd Reconnaissance Battalion of the Czech Republic Army reached 18th place in a strong competition of 31 elite teams. Our soldiers have exchanged a lot of valuable experience and acquired new knowledge, which together with new trends they will introduce into training as much as possible.
As a partner and sponsor of the Annual Warrior Competition 2017, CZ would like to thank the organizers for the preparation of the contest and the 102nd Reconnaissance Battalion team for their laudable representation of the Czech Armed Forces and weapons. We wish our soldiers much success and luck not only in other competitions, but even more so during their operational deployments. 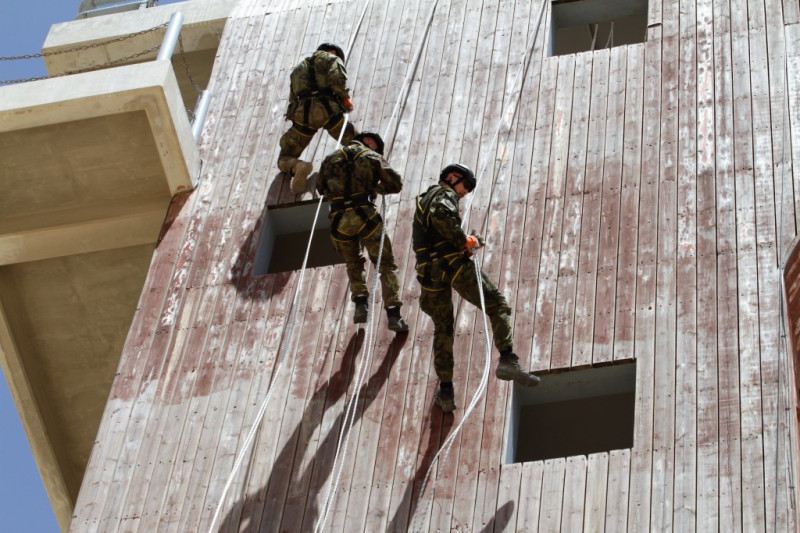 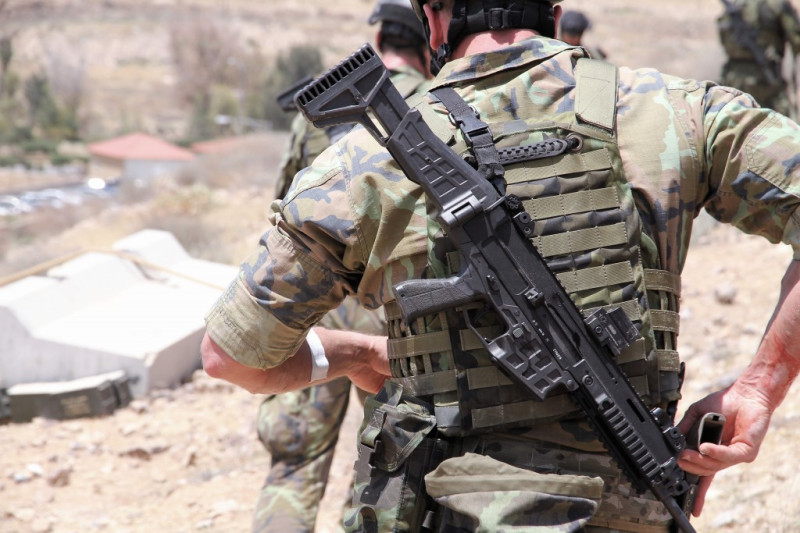 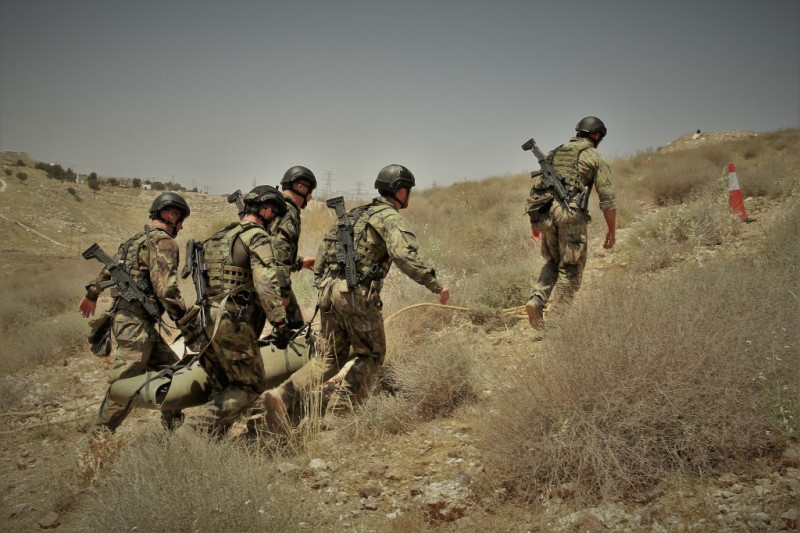