Интересно
Denis Lemaire was an creative French Canadian cutlery designer, maker, and friend of Spyderco.
In the early '90s Spyderco made a French-style Laguiole model which Denis had engineered and designed.
He was adept at producing innovative concepts and was well-acquainted with French influenced cutlery designs. ~ Joyce Laituri 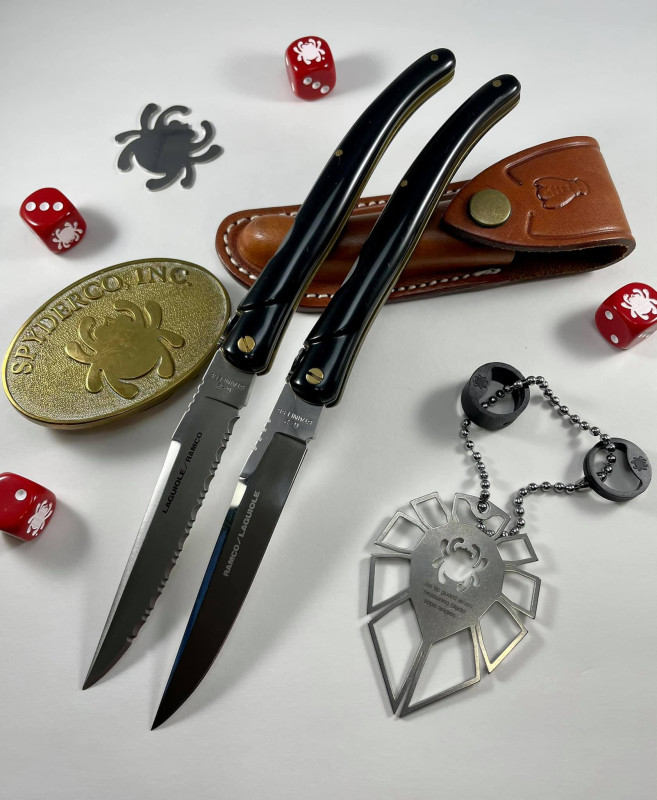 The Spyderco Laguiole has a Mar-McBurnette frontlock and a Black Micarta handle with brass liners.
The Bee on top of the knife was redesigned by Sal Glesser to make it a little more "bug- like"
Tags: knives, spyderco, интересно, история
Subscribe